In this novel, Dr. Ransom’s “battle against evil incarnate” is both philosophical and physical. The philosophical struggle adds meaning to the physical conflict and raises the stakes. Because the stakes are so high, the resolution of the story arc between Ransom and Weston satisfied me more that it would have had it come at the end of Out of the Silent Planet. Dr. Ransom’s battle is also fantastical, so much so that I wasn’t disturbed by the fact that the novel contains, at its core, a view of the “fall of man” that is very different from my own. Reading this book, in fact, inspired me to ponder these matters in a way that I hadn’t in a while. I particularly like this conversation between Ransom and Tinidril from chapter 9: 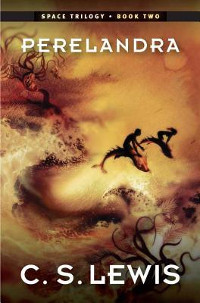 Ransom: “I think He made one law of that kind in order that there might be obedience. In all these other matters what you call obeying Him is but doing what seems good in your own eyes also. Is love content with that? You do them, indeed, because they are His will, but not only because they are His will. Where can you taste the joy of obeying unless He bids you do something for which His bidding is the only reason?” . . .

Tinidril: “Oh, how well I see it! We cannot walk out of Maleldil’s will: but He has given us a way to walk out of our will. And there could be no such way except a command like this. Out of our own will.”

While I don’t believe that God ever gives us meaningless commandments, I do believe that exercising the faith to obey the commandments that we don’t understand—and even sometimes disagree with—helps us “walk out of our will.” Submitting our will to the Lord’s in this way enables us to develop the consecration necessary to attain Zion.

More than two decades ago, a leader of my Church had this to say about the necessity of walking “out of our will” and into the Father’s:

The submission of one’s will is really the only uniquely personal thing we have to place on God’s altar. The many other things we “give” . . . are actually the things He has already given or loaned to us. However, when you and I finally submit ourselves, by letting our individual wills be swallowed up in God’s will, then we are really giving something to Him! It is the only possession which is truly ours to give!

Consecration thus constitutes the only unconditional surrender which is also a total victory!

Elder Neal A. Maxwell, “Swallowed Up in the Will of the Father,” General Conference of The Church of Jesus Christ of Latter-day Saints, October 1995..