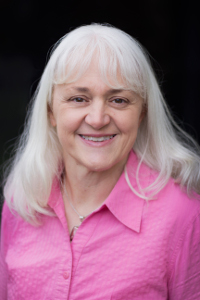 When I was a little girl, I had lots of imaginary friends and liked to play imaginary games. My mother expressed her concern to my pediatrician, and he told her that there wasn’t anything seriously wrong with me—that I’d probably become a writer for TV when I grew up. I’ve never been a writer for TV, but I created Novaun Novels in 2003, where I’ve published the six novels I’ve written. These are not nice sweet novels, but weird ones. How are they weird, you ask? They are faith-based speculative fiction, two genres that mix just about as well as oil and water. When I was writing the Heirs of Novaun quartet, I realized that I was doing something strange, but I couldn’t stop myself. Now, I’m just crazy enough to think I can pull it off!

Somewhere along the line, I realized that those spaced-out novels were, in many ways, fantastical daydreams about Zion, or the city of God. When I started my book blog in 2015, I figured it was time to admit that to myself and to the world and share—in a more straightforward way—some of the ideas that keep my head in the clouds. Since then, I’ve been blogging about the glimpses of Zion I get from the things I read, which—surprise, surprise—are mostly novels. From time to time, I do read and blog about books that aren’t novels, and just to show you how odd I really am, I’ll admit that I’m as intrigued by Democracy in America as I am by The Lord of the Rings, and I have three blog posts on each to prove it.

If you get me into a conversation about religious fiction, I’m probably not going to discuss book by well-known Latter-day Saint or evangelical Christian authors. I’ll talk about The Idiot, Daniel Deronda, and Personal Recollections of Joan of Arc. If I think you might be particularly in tune with my brand of weirdness, I’ll tell you why I think Wuthering Heights is a religious novel. I haven’t written that blog post yet, but I will!