What About Doctrinal Differences?

As I begin this quest to capture and share glimpses of Zion from the fiction I read, a few of you may wonder whether you should read some of these books that may promote religious or social ideas you don’t agree with. A few of you may be troubled by the fact that I’m recommending books that don’t agree on many points with the tenets of my own church, which, in the effort of full disclosure, is The Church of Jesus Christ of Latter-day Saints. Some of you may think that I’m glossing over the very real doctrinal differences between religions to present a view of life that has no basis in reality. Some of you may be looking for tools to help you better evaluate the religious content you encounter in your own reading. For all of these reasons, I want to address the issue of doctrinal differences up front and get it out of the way.

When reading and evaluating religious fiction, do doctrinal differences between the reader’s beliefs and the writer’s matter?

I believe this is the main reason readers who want wholesome fiction with religious themes don’t usually read contemporary novels published to members of other religions, even if they know about them. Readers of faith take their doctrine seriously, and if they seek out fiction with religious themes, they typically want a story that dramatizes the truth as they understand it. 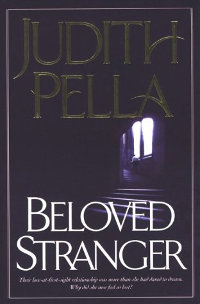 I am no different from any other reader of faith in this respect, and yet I read novels from all kinds of religious perspectives and not only enjoy them but sometimes gain new insights from them. I would rather read a wholesome book from a different religious perspective than a secular book containing foul elements. Of course, not all books I read and like contain religious themes, but keeping an open mind about the religious perspective of the author and/or publisher has allowed me to read and enjoy many stories I may have overlooked had I limited myself to reading only things that are completely compatible with my own religious beliefs. 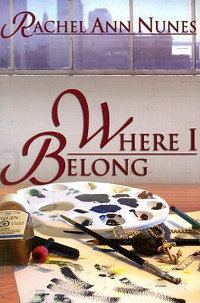 Since I’ve said very little in my criteria and essays about this matter, I thought I would explain how I approach and evaluate fiction that contains religious content. First of all, my experience has been that I am just as likely to disagree with something in a story written by a member of my own church as in one that is written by someone who belongs to another religion. I believe this sort of difference of opinion between writer and reader is an inevitable part of the reading process unless we limit ourselves to material that seeks to achieve universality by eliminating all religious ideas and details or by omitting anything that resembles an original thought. Because I like religious ideas and original thoughts, I approach every novel I read with the expectation that I will encounter doctrinal details and social ideas I disagree with. As long as the book meets my My Clean Reading Criteria, its major themes feel true to me, and its doctrinal differences don’t disturb me enough to detract from my reading enjoyment, I’ll put it on My Favorite Clean Fiction, presuming I liked it well enough. Even with all the care I use in choosing books to read, sometimes I’ll encounter an idea or doctrine that disturbs me enough that I don’t recommend the book, even if it is clean. When that happens, it’s usually because the offending philosophy turns out to be one of the major themes of the book.

The best way I can think of to explain how I make this evaluation is to give you examples of both types of books. 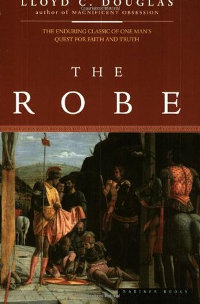 The historical novel The Robe was published in 1942 by Lloyd C. Douglas, a Protestant minister. This story is about a fictionalized Roman tribune named Marcellus Gallio who helped crucify Jesus Christ and then “tossed for his robe and won.” The book follows Marcellus as he learns more about Jesus and is finally converted to Christianity. As Marcellus searches for truth, he must decide how to make sense of the doctrines Jesus taught and the many miracles He performed. This is not an easy thing for this practical man to do. Along the way, he is told that Jesus fed five thousand men with only five loaves of bread and seven fishes. From the final page of Chapter 15, we read this reaction from him:

“It sounds as if some other people, besides you and Reuben, had had the forethought to bring some provisions along,” speculated Marcellus. “They probably wouldn’t have gone out into the desert with empty baskets. This is really a marvelous story, Hariph!”

“You believe it, sir?” Hariph was happily surprised.

“Indeed I do! And I believe it was a miracle! Jesus had inspired those stingy, selfish people to be decent to one another! It takes a truly great man to make one harmonious family out of a crowd like that! I can’t understand the healing, Hariph; but I believe in the feeding! And I’m glad you wanted to tell me!”

As a person who believes wholeheartedly that Jesus performed a true miracle in this case, that He really did provide food for the crowd in a miraculous way, the idea presented above is offensive to me, because it strikes at the heart of Christ’s divinity. In the situation presented in the novel, however, I can accept it for a couple of reasons. First of all, Marcellus is on a spiritual journey. Of course he doesn’t accept Christ’s divinity right away. The idea is an unfolding of his own understanding of the Savior’s teachings and actions at that particular moment. Second of all, the character Hariph, who tells the story, obviously believes in the divinity of Jesus, as do others. The author sets up a situation where various characters view an event from different spiritual perspectives. All of that I can accept without too much difficulty, because the situation dramatizes a true observation about human nature and the learning process. This naturalistic interpretation of the miracle of the loaves and fishes is mentioned another time or two in the novel and, while I don’t remember Marcellus ever changing his opinion about the event, he does say this to his father, a Roman senator, in the third scene of Chapter 20:

“It is my belief that this Galilean is still alive. I think he is an eternal person, a divine person with powers that no king or emperor has ever possessed, and I further believe that he will eventually rule the world!”

Marcellus has undergone a conversion I can root for, and the book as a whole resonates with the idea that Jesus is divine. I agree with this view, so I am edified by The Robe and can recommend it, despite the fact that it presents an interpretation of scripture that I strongly disagree with.

Many years ago I read a novel originally published in 1904 entitled Green Mansions: A Romance of the Tropical Forest, by W. H. Hudson. It’s a beautifully written classic with elements of adventure and fantasy along with the love story. I liked it as I was reading it and don’t remember encountering any of the typical foul elements. I came to the end, however, and the protagonist slaughtered a village of people. That, alone, made me uncomfortable, but after this violent act, the book ended with these lines explaining how he received absolution:

In those darkest days in the forest I had her as a visitor—a Rima of the mind, whose words when she spoke reflected my despair. Yet even then I was not entirely without hope. Heaven itself, she said, could not undo that which I had done; and she also said that if I forgave myself, Heaven would say no word, nor would she. That is my philosophy still: prayers, austerities, good works—they avail nothing, and there is no intercession, and outside of the soul there is no forgiveness in heaven or earth for sin. Nevertheless there is a way, which every soul can find out for itself—even the most rebellious, the most darkened with crime and tormented by remorse. In that way I have walked; and, self-forgiven and self-absolved, I know that if she were to return once more and appear to me—even here where her ashes are—I know that her divine eyes would no longer refuse to look into mine, since the sorrow which seemed eternal and would have slain me to see would not now be in them.

As a person of faith, I reject the idea that “prayers, austerities, good works—they avail nothing, and there is no intercession, and outside of the soul there is no forgiveness in heaven or earth for sin.” The author’s placement of this idea at the end of the novel, as its resolution, makes it a major theme of the work, and, as such, crosses my personal doctrinal line. I don’t regret reading the book, but it is not on my recommended list. It is, in fact, in the category of books I call “borderline.”

Just as I expect every story I read to contain ideas I don’t agree with, I also expect that people of faith from various religious and ethnic backgrounds will share many beliefs, values, and standards in common with me. Then as I read, I focus on the second expectation and am continually amazed at the similarities I find and the interesting things I learn about different groups of people and their practices and beliefs.