We are told in the beginning of The Fellowship of the Ring that Saruman the White is the most powerful of the wizards in Middle-earth and trusted by wizards and Elves as a wise, formidable enemy to Sauron, the Dark Lord. When Gandalf the Grey goes to Saruman for help, he learns that Saruman is no longer working to destroy Sauron but to supplant him and has, therefore, become a traitor. Here is a piece of this conversation as Gandalf tells it in Book 2, Chapter 2:

“‘For I am Saruman the Wise, Saruman Ring-maker, Saruman of Many Colours!”

‘I looked then and saw that his robes, which had seemed white, were not so, but were woven of all colours, and if he moved they shimmered and changed hue so that the eye was bewildered.

“‘White!” he sneered. “It serves as a beginning, White cloth may be dyed. The white page can be overwritten; and the white light can be broken.”

“‘In which case it is no longer white,” said I. “And he that breaks a thing to find out what it is has left the path of wisdom.” 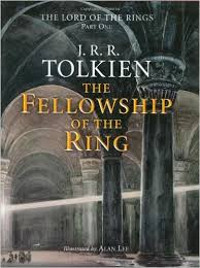 Saruman believes that his new clothing is more beautiful than the original white. The change in his clothing, of course, parallels his personal transformation. Saruman started out good but after delving too much into the works of the enemy, he became the enemy. As the conversation continues, Gandalf sees that Saruman doesn’t realize that he’s following a familiar pattern. He thinks he’s becoming independent, not evil.

Saruman has created a fabric that looks like white at first glance but isn’t. Even Gandalf doesn’t discern the true color of the fabric until he looks closely at it. When he does finally make this observation, he is able to do so because he knows what true white really looks like. Making that distinction is not an easy task. White pigment with a drop of another color looks like white, but it isn’t. Discerning the true nature of a color that looks like white would be impossible unless the observer has a firm image in his or her mind of what true white really looks like.

The thought that struck me as I pondered this idea was that the surest way to recognize evil when it masquerades as good is to have an unwavering image in our mind of what good looks like. I don’t believe that making this judgment is possible without knowing, in a personal way, the source of the good, which is God. Such discernment is just as much about feeling God’s influence with our spirits as it is about seeing and recognizing His works with our eyes.

Tolkien acknowledges this phenomenon in Book 1, Chapter 10  when Frodo and his companions are trying to decide whether to trust the ranger Strider or not. Frodo has just read a letter from Gandalf, who, in this story, acts as a representation of God or at least a representative of Him. To recognize Gandalf as good and to be his friend is to be on the side of right. Gandalf assures Frodo in the letter that Strider, whose real name is Aragorn, “knows our business and will help you.” Frodo says this to Strider:

‘I believed that you were a friend before the letter came . . . or at least I wished to. You have frightened me several times tonight, but never in the way that servants of the Enemy would, or so I imagine. I think one of his spies would—well, seem fairer and feel fouler, if you understand.’

‘I see,’ laughed Strider. ‘I look foul and feel fair. Is that it? All that is gold does not glitter, not all those who wander are lost.’

Tolkien says more about this issue of discernment in The Two Towers, and I’ll address another aspect of it in my next post.